An Elven Slayer with a penchant for singing songs and slaying spiders.

To put it simply Ireth is a bit of an oddball amongst the Elves of Mirkwood, mostly having kept to herself as a result. It’s less that her sanguine personality is at odds with her community — it’s more so her little quirks, such as singing songs about whatever she’s currently doing and spouting one-liners in the midst of battle. She is, in many ways, a merry person, and is sometimes a little too merry for most people.

As silly as a creature Ireth is, however, in many ways she takes herself and what she does (that is, spider-slaying, and singing of her own heroic deeds while doing so) very seriously. She’s a dreamer who sees her little adventures out into the dark depths of Mirkwood as grand battles that will help determine the balance of good and evil. Whether or not these skirmishes do affect that balance (and they don’t), Ireth holds this duty dear to her heart. It might be because her parents were slayers much like her, and since their passing she’s barely allowed a day to go by where she doesn’t put an arrow through at least one spider’s skull (or chitin exoskeleton covering their head).

Of course, things are happening in that big bad world out there, and, while there are many dark things in Mirkwood, there is great corruption that lies beyond the forest. Such corruption may even put the shadows of Mirkwood to shame.

While the slayer has never stepped foot outside the forest, she’s always been eager to, and perhaps this call to adventure is just the excuse she needs. There may be happenings in the town of Dale, where she is soon to be headed, and she recalls her good friend Ermendrud was headed that way as well… 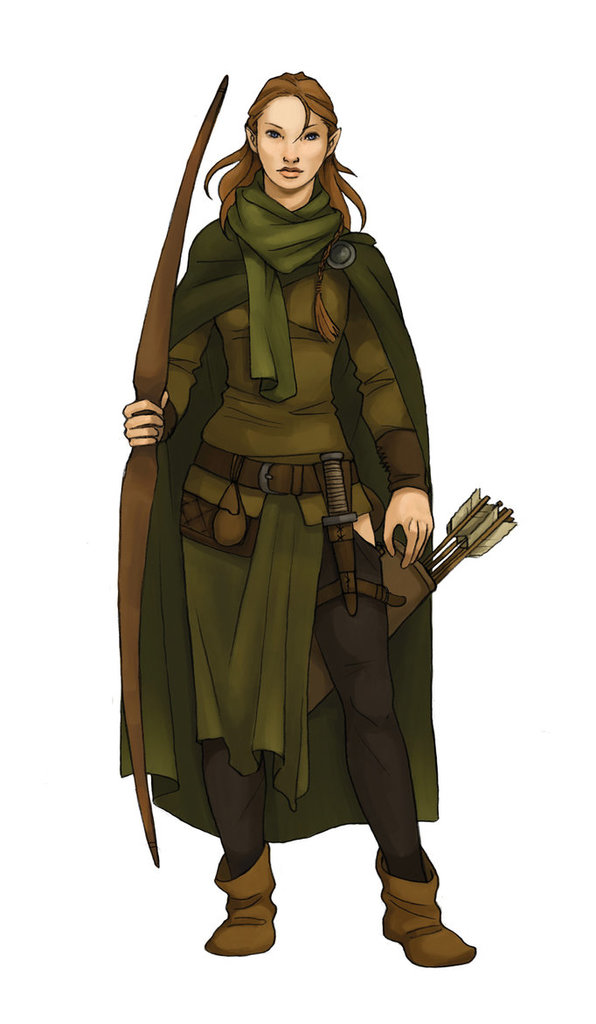